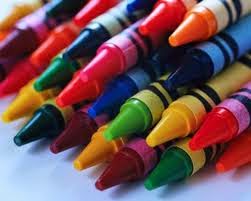 Often when people find out that I am a Speech Language Pathologist they ask lots of questions about their own speech and communication. "I had speech therapy for a lisp when I was a kid. Can you tell? Is it still there?" or "Is my voice too quiet?" or "Can you fix my accent?" And I always explain one of my favorite SLP fundamentals: Disorder versus Difference.

Everyone communicates a little differently. Since sounds like /s/, /l/, and /r/ are formed by the tongue assuming a vaguely particular curve in the mouth, there are multiple ways to shape them and still sound "normal." This is different from sounds like /b/ and /n/ where the shape depends on your articulators meeting together. (Try it!) No two voices are exactly alike because every person has his or her own unique instrument. And technically speaking, every region and maybe even every person has its own distinct dialect. Fun fact: linguists generally finds that Midwesterners' speech is closest to "Standard American English." But, it's important to know that in this case Standard and Divergent don't mean "correct" and "incorrect"!

I was recently asked to evaluate a bilingual child's speech. I had worked with this same little guy years before, helping him learn to make an /s/ without air leaking out the sides. This type of "lisp" is developmentally atypical (but common) and he made both his English and his Chinese /s/ in this way. After months of therapy and practice he got it! And I sent him on his way. But then he was back, and his mother was very concerned. She worried that people wouldn't understand him and speech would get in the way of him being a successful adult. Another SLP had worked with him in the interim, and she was targeting all the sounds that are typically produced differently by Speakers of Chinese. By the time he got to me this second time, he sounded fantastic. That pesky /s/ was coming out perfectly every time, and to my ear he had a moderate Chinese accent. He was very sharp and articulate and when I asked him what his goals for Speech Therapy were, he said "I'd like to say 'umm' less when public speaking." This guy has got a bright future, and I have no doubt there will be some great public speeches in it.

My little friend does have a different way of speaking, but he's 100% intelligible. At that point we are talking about "accent modification" and not a "speech disorder." I explained everything to his mom who was very relieved, because after all she just wanted to see him healthy, happy, and successful. I didn't recommend any follow up therapy for him. And frankly I think it would be a better use of his time to be focusing on his many strengths, like swimming and chess, than on this so called Problem. Plus, I personally delight in hearing speech differences in real life, they are part of what makes communication so rich and fascinating! (Have you ever noticed how a friend from a different region says "Mary, merry, and mary"? Or heard a New Yorker say the word "Orange"?).

No matter these differences, big or small, language and communication is such a unifying force (even if it's just a smile, the same in every language as they say!) What would it be like if every time we felt self-conscious of a perceived difference, we chose to see it as a plus? And then what if we could do the same for the differences we see in those around us? Show your stripes, and your speech, proud!
Posted by Brenda Lovette at 1:13 PM No comments: 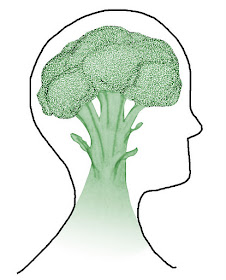